The idea of Padfone is quite thrilling and novel. That’s the reason why ASUS thought of announcing Padfone 2 at a company event held on October 16th. But the credit of this idea goes to Motorola which had announced Original Atrix at CES 2011. The company had strategically thought to make this gadget a complete laptop replacement. However, Motorola could not successfully execute the inputs and that was the reason why people started underestimating the idea of a Padfone. 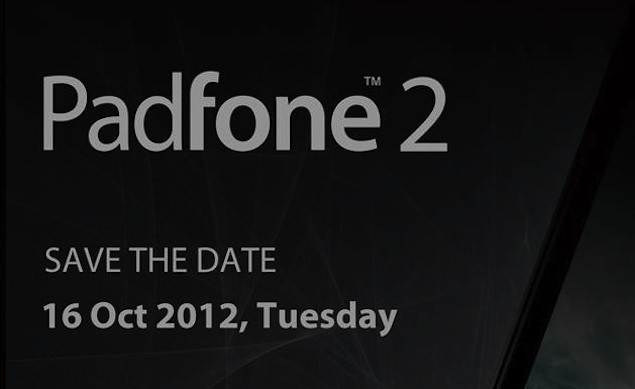 But ASUS thought of redefining this tablet plus laptop setting and designed the Transformer line up of tablets and finally what we had was the Padfone. But even though Padfone had some good features like Android 4.0 ICS, 1.5GHz Qualcomm S4 processor, 1GB of RAM, 4.3-inch Super-AMOLED display and loads of storage space, the response was somewhere below average because lots of accessory work was required to be done. Like Padfone had to be docked into a lapdock like accessory without which it would not become a full fledged tablet running on ICS. If this was not enough, even the lapdock like accessory had to be docked to the external keyboard from ASUS. In brief you can say that there would be lot of hassles.

Looking into the past Padfone launches it seems that for ASUS Padfone 2 also there’s some risk involved. But if ASUS decides on the Padfone price strategically along with the accessories then in that case, it might get a warm welcome. At a company event on October 16th, ASUS will make a formal announcement about Padfone 2. It is expected that this event might simultaneously be held at Taiwan,Milan,Italy and Taipei.

Padfone 2 will be sporting 2GB of RAM and a quad-core processor, along with LTE support, this is what rumors suggest. However, we have not heard any official announcement in regards to Padfone 2 specs and features. We shall update you with further updates on this as and when we get, so just stay tuned.

Dear all, how could I build a new keyboard layout for an...

when i run the install on my laptop, i get an error: Please...