Recently announced in June together with its counterpart, Desire V, the HTC Desire VC has now arrived in India. This smartphone is actually a dual-SIM handphone launched in the Indian local smartphone arena right after its little brother, Desire V, appearing here. Well, the reason why I keep mentioning the Desire V is because both phones are similar in many ways except that one of the main differences is that the HTC Desire VC is not supporting GSM-GSM but CDMA-GSM.

There are some reasons why HTC enthusiasts should get this phone so let’s highlight its specs first which I find decent. Here’s a look at its features and specs: The VC comes with a power Android backer (Android Ice Cream Sandwich 4.0 operating system) with a capacitive touchscreen display measuring 4 inches, runs a resolution of 480 x 800, houses 1 camera (5MP), runs a 1GHz Cortex A5, has 512 MB RAM, allows microSD card expansion up to 32GB while it has an internal memory storage of 4GB, has Wi-Fi connectivity besides Bluetooth and GPRS as well as weighs only 119g. The price is set at Rs. 21999 which is pretty much the expected going rate as most of the tech bloggers have speculated before its local launch. 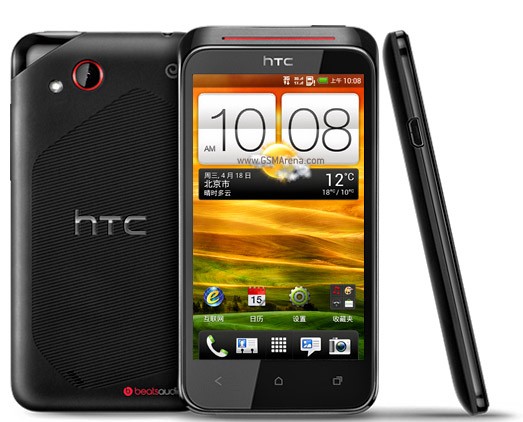 Being one of the latest offerings from HTC, those HTC die-hard fans would easily fall in love with its sleek and sexy design that is such a signature style from the Taiwanese manufacturer. It’s isn’t a high end phone so given its status, an honest opinion would be that it has touched all bases well except that I have a pretty disappointing issue with it. Well, basically it doesn’t come with a secondary camera which is certainly something seen as a shortcoming by many other reviewers too. So for this case, it is fair to say that I would have very much preferred a Samsung Galaxy Ace Duos (dual-SIM too) more than the HTC Desire VC on basis of the price.

Nevertheless, choosing a smartphone will always be a personal preference and being a dual-SIM phone, HTC Desire VC will have no lack of users wooing it. Note that Indian users can get this smartphone by selecting to go for a new post paid plan from Tata Docomo (Diet 199 Plan) and reaped in double talk time for three months as well as received free 2GB monthly EvDO data for a whooping one year!

Have you bought this phone yet? Do share with us your experience!

1 Comment so far. Feel free to join this conversation.